I am the Peaceful Warrior

We walked to the Baptist Church about a block away. It was a good sermon. “Troubled in a Troubling World”

Strange, but each time I enter a church I get so teary and emotional. Three people told me it is the spirit working in me.

We are going back at 6. The sermon this evening is “What do you believe and Why” That should be interesting. The thing I really enjoy is the love you feel from everyone.

I told his niece that the Baptist belief of ONE GOD being Christ and Spirit would take some serious getting used too. The way I remember God was Jehovah and Christ was his only-begotten son.The Holy spirit is God’s power or “active force” rather than a person.

She said a good way to understand it is like an egg. It has a shell, a yolk, whites (albumen)

Three parts, but it makes the egg.)

Of course had to do some research…

How does the egg analogy explain the Trinity?

“I often hear Christians cite the egg analogy to explain the Trinity.
I get that the shell, white, and yoke are all parts of ONE egg, but they are all SEPARATE parts of one egg.
I thought each person in the Trinity was supposed to be fully God. How does that fit with the egg analogy?
Not trying to attack or anything, but this never really made sense to me.”

“The trinity is pagan in its origins and has nothing to do with truth in the least …. Am i the same being as my father who created me or am i my own separate being … Am i my Father at the same time i am me …… How sick mankind has become ….. Jesus never said he was his Father in heaven …. If you were God himself would you let yourself be born here , die then raise yourself from the dead even though you are dead …. Their logic is explainable only to themselves for in the understanding of it lies madness itself ….. Satan could never have hoped for a better outcome to his nonsense in the Garden of Eden….. The final outcome comes soon enough and we shall see what The father himself thinks of fools who have made his son God over him….. Remember Lots wife , the look on their faces will be the same when truth sets in and can no longer be ignored.”

My mama was on a mission search.We studied Baptists, Lutheran, Methodist at some point before Jehovah’s Wit-Lesses ???

We even went to a Holy Roller gathering, that was exciting,

Maybe that is why I feel awkward and so emotional it brings tears streaming down my face in any place of worship.

I told the Pastor God dwelled inside me and that was good enough for me.

Then again I know so little I thought The Trinity applied only to The Catholic Church.

I never paid too much attention to the basics I suppose.

When I realized I wasn’t going to burn forever in Hell, I lost interest in the do good and all that.

In my mind are the castles of a realm unseen Come, join me on my flight View all posts by cryominute

This site uses Akismet to reduce spam. Learn how your comment data is processed.

As The Moments Pass

I was laying in my bed last night.Thoughts whirling. I made a note to myself to write today. I do faithfully keep my journal entries but I have not sit and actually blogged since April of this year. So here goes. I have come to realize that each and every one of us are going […]

Clutter of My World

If you hold on to the clutter of your past Their may never be room or space for anything new Overflowing closets Storage parcels paid on for a decade The past and all it’s hurts and insecurities Make for an elusive future Wind, rain, fire and circumstance destroy possessions Your mind refuses to let be […]

“Most likely a thoughtful person who values spending time on your own. You’d rather connect deeply with a few people than have a bunch of slight acquaintances.”

“‘Come, walk like this,’ the dancer said, ‘Stick you your toes—stick in your head, Stalk on with quick, galvanic tread— Your fingers thus extend; The attitude’s considered quaint,'” -Sir William Schwenck Gilbert

Music is my Religion,the Ocean is my Savior,the Wind flows through me 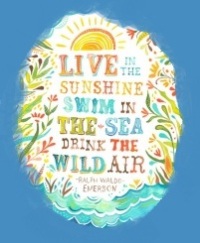 Scorpio loves to get Involved, going down deeper, coming up dirtier, and laying bare anything that lies hidden there.

The Phoenix is the ultimate goal as a Scorpio.

The mythical Phoenix is destroyed and rises above its own ashes (another Pluto trait).

Scorpio knows how hard life can be. But when Scorpio reaches the symbol of the Phoenix, he or she has achieved the most mature, stable and comfortable life.

Knowing he or she can survive anything, Scorpio at this point, doesn't bog itself down with petty arguments and plots of revenge.

The Phoenix has risen above all that nonsense, adopting a “live and let live” attitude, and once again, trusting the universal plan to handle affairs of revenge and violence.

The Phoenix is the most peaceful of the Scorpion symbols.

The older Scorpio has usually achieved this based on all of life’s lessons.

"I love you as certain dark things are to be loved, in secret, between the shadow and the soul."

Excerpt from Sonnet XVII: I do not love you as if you were brine-rose, topaz by Pablo Neruda

“Something magical has happened to me: like a dream when one feels frightened and creepy, and suddenly wakes up to the knowledge that no such terrors exist. I have wakened up.” ― Leo Tolstoy, Anna Karenina

"Cat people are different, to the extent that they generally are not conformists. How could they be, with a cat running their lives?" --Louis J. Camuti

If you accept everyone you meet along the way as a teacher and if you are prepared, most of all, to face and forgive some very difficult realities about yourself, then the truth will not be withheld from you.

"In life, think of mean people like sand paper. They may scratch you and hurt you, but at the end, you come out smooth and polished and the mean person is just worn and ugly. "

"And the day came when the risk to remain tight in a bud was more painful than the risk it took to blossom." — Anaïs Nin

"I have often been adrift, but I have always stayed afloat." --David Berry

Back to the Top

Unless otherwise specified the images, quotes, photography, posted on this website are for informational and viewing purposes only. They are the property of the copyright holders. No copyright infringement is intended.
Unauthorized use and/or duplication of this material without express and written permission from this blog’s author and/or owner is strictly prohibited.
Excerpts and links may be used. Full and clear credit is given to (cryominute) with appropriate and specific direction to the original content.
Copyright infringement and/or plagiarism is considered theft of intellectual property.
Please notify me of any copyrighted material and I will gladly remove or validate.

"I always try to give credit where credit is due."

I am a complete package and live in the present. I do not have lots of ribbons and bows. I come with a past,a unforeseen future. I am loveable, obsessive compulsive and I am stubborn.

This was written by Isabel Hickey

The Phoenix type of Scorpio experiences many “little deaths” in its lifetime, because it’s here to transform itself, through an alchemical trial by fire, into a finer, more precious personal essence. The energy carried by this type can metamorphosize everyone it touches. These are some of the most powerful people on the planet, particularly emotionally.

There are several intrinsic challenges in the Scorpio-Pluto path to transformation. One is the tendency toward compulsive behavior, which can manifest as a compulsive fascination with death and experiences considered taboo. This can be an expression of an unconscious, or even conscious,death wish. Another is that one is tempted to flirt with negative energies and misses the point that these experiences are to liberate him or her from karma, not to create more karma. One can also become addicted to the symbols or objects. The idea is to integrate their power into oneself to overcome limitation, not to create one more limitation. The goal is not to become dependent upon them for power or to use them as a substitute for personal identity, but to become energetically more powerful within oneself.

We seldom remember what WE choose to forget.

There is no time in this life for regrets. Everything that you experienced made you the unique person you are this moment. It is being “REAL” that eventually opens our heart.

I love life. If you always see the IF in it, there are endless possibilities.

Encouragement from the Phoenix:

Everyone needs to be encouraged…Change is hard.

But sometimes it is the only thing that saves you. You must want the change, so badly.

Addiction is evil. It takes hold and says, “I won’t let you go.”

You have to be smarter than your addiction and say, “You may not let me go, but I am outta here.”

We stay because they are comfy, like an old pair of slippers. Sometimes, cleaning out that closet is the best thing you can ever do. After all, it makes room for new and better things…

"If you build your heart from the inside out, someone special may someday want to share the beat with you"
© Cynthia mARTz 2013