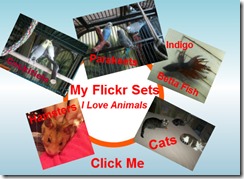 This account was deleted when I deleted my yahoo accounts.

All SAVED on backup,so it’s all a good thing.

Today has been a doosey.

As these following things occurred I couldn’t help but ask myself “What in the heck is going on ?” I typed into Google “What’s Going on in the Universe ? My answer came. Page after page of  information on “Mercury Retrograde “

It’s going to turn you inside out. You may be wondering why you feel like hibernating.

Should have known. “New initiatives surrounding home and property are best left for a better time.”

Yesterday I took back the metal running wheel. After research I realized it wasn’t safe. I had ordered two wheels last week.The Flying Saucer wheel came today. It was green, I had ordered purple. No problem as I was just glad it came. Hempy was stressed last night looking for his wheel. Back and forth he ran. Finally he just made his nest and went back to bed early.

Today I did a spot clean on his bin and added fresh bedding. I didn’t want too disturb his day slumber. I made him a basket for him covering it with the top from his old cage. No openings, safe or so I thought. I picked up his sleeping den and placed it inside along with a hanging water bottle and some fresh food. I put the entire basket on the kitchen counter away from any drafts.

After his Bin was ready I went too the kitchen and got the basket. I put him in the bin still safe and sleeping in his igloo. For some reason I decided to lift the top of the igloo and say Hello to him.He was not in it. I immediately went into panic mode and started moving the bedding around thinking perhaps he was hiding under it.  Having three cats roaming about my first thoughts were not very optimistic nor promising.

Hempy Houdini had escaped from his covered basket and time was passing.. I found him and China on the kitchen counter. Hempy was standing with his dukes up as if too say ” Make My Day” .

A Canon Moment I couldn’t catch. I had too get Hempy back to his bin.

He went straight for the “Flying Saucer”

I hugged China for not having Hempy for a snack.

On to next scenario.

Indigo Betta fell from top of two dressers that are stacked. The vase slipped out of my hand. Three cats roaming about, no time too lose.
Water everywhere. My floors are very clean. Indigo back in his refreshed vase  of water swimming about. It seems he escaped unharmed due too very quick maneuvers on my end.

I hugged China for not having Hempy for a snack.

This story is dedicated to a Northern Pike that died for science. We can see how fear in our own lives conditions us to see only barriers. These walls or barriers must be broken. We must accept the dark with the light,  not just one,  but the duality of the two.

The northern pike is a fish in the lakes of northern North America. It is a predator. If one is placed in a tank of water and a smaller fish tossed into the tank, the pike will quickly eat it. If two fish of equal size are tossed into the pond, it will eat the closest one first. If the two fish are of unequal size but are placed in the tank equally far from the pike, it will eat the largest first. If the larger one is farther away, it will still eat the larger one first up to a certain distance differential. If the larger one is too far away, it will eat the small one first. It judges the relative distance of the two fish, juggles that with the size of the fish, then optimizes his chance for the most food. This is called reasoning. Yet the pike can be raised in isolation and it will still do this. This is called instinct. The parameters of the calculation are fixed in his genetic description.

If the pike is successful in his environment, he will not develop any further intelligence. He does not need it. It would be of no value to him. If the environment becomes harsher, he will either develop offsetting ability or perish. Still, what is the most likely change? He already knows how to hunt. He does not have a hand to hold a weapon and has no need to understand Shakespeare. Bigger teeth, a sleeker body for speed, or a quicker reaction time would solve his problem far better and quicker than a higher IQ. Look at a pike. He has been gaining those features for millions of years. Pound for pound there is not a better killing machine on earth (well, maybe with man as an exception).

A Story about a fish.

We deserve all the gifts of abundance that we intend.

It was a wise teacher, that fish, and I hope that it’s untimely departure will help others who have had their instincts distorted by circumstance.

Be gentle as you go forth, and remember your inner child.

She has much to teach you.